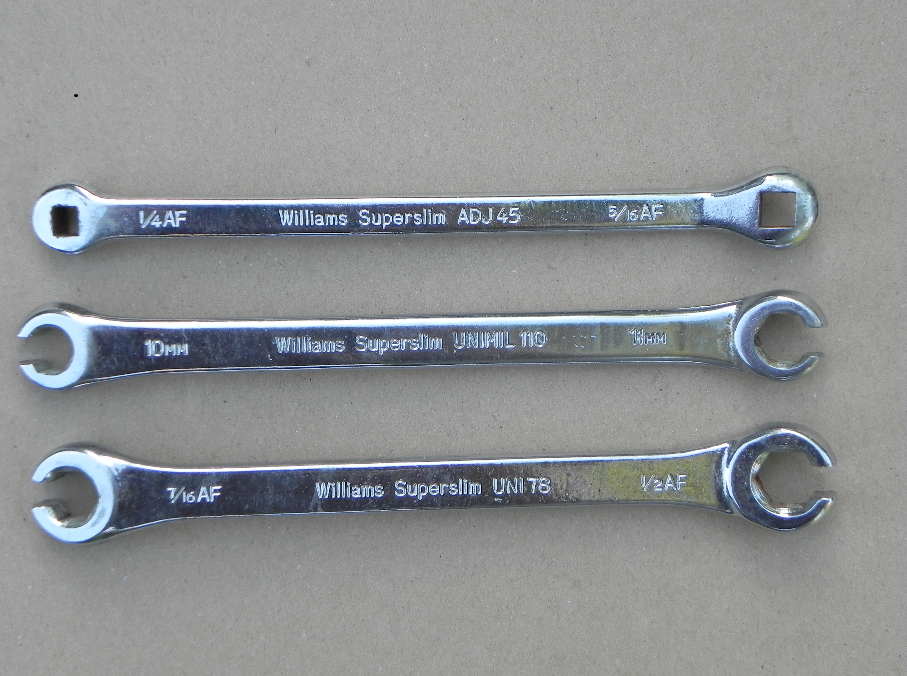 QUASI-SPECIALISED TOOLS FOR YOUR VOLKSWAGEN TRANSPORTER

Compiled & Written by Nigel A. Skeet

Although many DIY mechanics, will already have assembled a reasonable kit of basic tools, for both regular maintenance and emergency repairs when touring, there are a few more specialised items, that might be needed, which are not so readily available, at reasonable prices.

During the early-to-mid 1970s, Volkswagen (now includes Audi, Seat & Skoda) introduced the use of XZN 12-pointed-spline socket screws (aka triple-square | so called, because the 12-pointed star shape, with 90º corners, can be created by rotating three superimposed, identical concentric squares, spaced by 30º ), where Allen socket-head (hexagon-shaped socket), conventional hexagonal bolt-head, conventional slot-head or Philips-head screws had previously been used, because the XZN socket screws can tolerate much greater torques, without damaging either the screw-head or the tool. Other German car manufacturers, such as BMW, Porsche and Mercedes, also use XZN socket screws.

(1) Drive-shaft, constant-velocity-joint securing screws (total of 24), factory-fitted, from circa 1973/74 onward and now sold as replacements, by Just Kampers et al.

Many of the earlier-model vehicles, were equipped with the more commonly used Allen socket-head screws, but these might have since been replaced with XZN socket screws; especially if the constant velocity joints have been renewed or screws had been lost by careless mechanics. 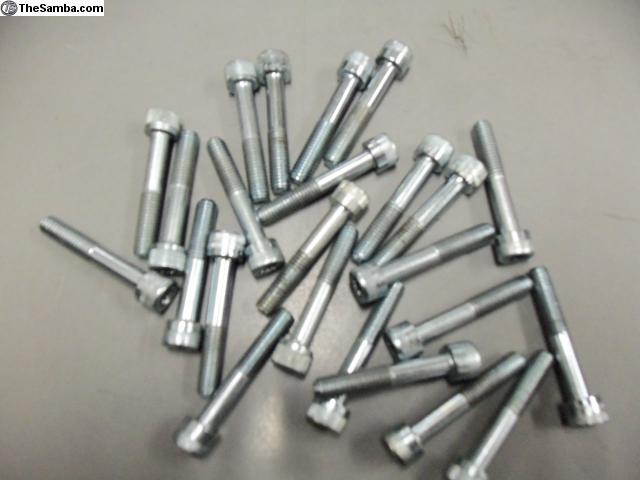 Several years ago, towards the end of a closing-down sale, at a local tool & general hardware store, I bought a job lot, of good-quality SUPERSLIM-brand, 1/2-inch drive, 8 mm sized, XZN socket tools, two of which I have kept for my own use; stored permanently in my garage and touring-emergency tool kits. Over the past few years, I have since sporadically sold more than a dozen of the remainder (at least two to members of the motor trade), via classified advertisements, posted on various VAG related Internet forums.

If in the future, you need to replace either your VW Transporter’s four flexible brake hoses or 3/16-inch (i.e. 4½ mm) rigid brake pipes, you will need to unfasten the 11 mm AF brake-pipe unions. A conventional fully-enclosed ring spanner, cannot be used for this task and an open-ended spanner (i.e. crowfoot wrench in North American parlance) or adjustable spanner, will typically fail to provide sufficient purchase; damaging the union in the process. However, special brake-pipe-union spanners are available, which resemble ultra-heavy-duty ring spanners, with a circa 6~7 mm cut-out, to fit over the brake pipe.

I possess both metric (10 mm & 11 mm AF) and Imperial (7/16-inch & 1/2-inch AF) brake-pipe spanners, for use on my 1973 VW “1600” Type 2 and 1974 BLMC Triumph 1300 Toledo-Dolomite hybrid. In addition, I also have an Imperial (1/4-inch & 5/16-inch) square-hole brake-adjustment spanner, for the Triumph’s rear-drum-brakes’ snail-cam adjusters, which I suspect might also be used, for unfastening the 1968~79 VW Type 2 gear-selector linkage’s square-headed bolts. Other sizes & specifications of brake-service spanners are also available.