Growing up in South Devon, the VW T2 was iconic and it was a dream of my wife to own one. We  were campers anyway (with our two sons and dog) and on a trip to the New Forest we were
lucky enough to come across some T2s that were pitched up in the park. After looking around a few, I was hooked; a solution to more space when camping (we had been towing a trailer)
and a project for me to work on (little did I realise then just how much work!) 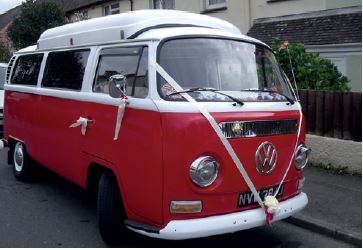 Once home from our trip, we began our search
for our very own T2. After travelling to view a
couple advertised on eBay I spotted this one
and arranged a viewing. I arrived to find the
van was called Nellie – surely an omen as it
was the same as my nickname at school! The
interior was basic – two buddy seats, a rock ‘n’
roll bed, some mismatched foam pads on the
seats and bare wooden panels on the interior
sides, but the body seemed solid with no visible
rust. After some negotiation the deal was done
and the wife received a phone call telling her to
keep the following weekend free; we had a new
family member! This all happened in 2011 and
she has been a labour of love ever since. 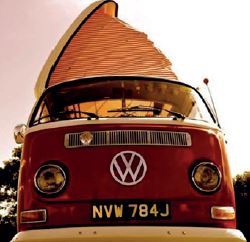 The first thing was the interior; we replaced
the foam which we covered, made matching
curtains and covered the bare wood panels
with vinyl. This was closely followed by a major
overhaul of the Dormobile roof after we found
that parts were still available. We ordered the
replacement bellows and removed the roof!
Night after night was spent together (what a
bonding experience!), sanding, spraying (yes
we decided that the roof needed a complete
makeover) and trying to figure out which way
up to fit the bellows. 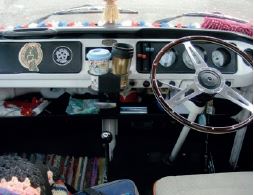 We even replaced the
roof vents. Over the years, the work has never
stopped and I have now taught myself to paint
using a spray gun and compressor and also how
to weld, which is much needed to keep ahead
of the rust, even though she is garaged. The
biggest challenge to date has probably been
to replace the engine from a 1600 to a 1641
with twin Webber 34’s. A necessary job after a
few disastrous trips last year when we travelled
more on a low loader than the road! 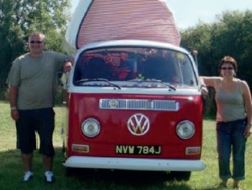 This has
been followed by an engine bay automatic fire
extinguisher as we are really not taking chances. 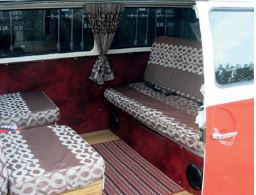 The hard work and (at times) heartache has
been so worth it for the many happy memories
that she has given us so far and will no doubt
continue to give; the camping trips, the
weddings for friends, the prom, picnics and classic car shows. 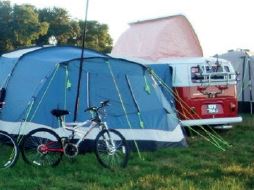 This is what you invest in
when you purchase a VW, that and becoming a
member of a huge family of like-minded people
who wave whenever you pass on the road and
will go out of their way to help a fellow Dubber.