Following on from a conversation with one of our members, it is time to talk about harsh rides. Remember that ride comfort is a personal choice!

Simple rule:
Low = less travel on the suspension = more likely to be a harsh or bumpy ride.
That’s the simple story though!

Some people call them sway bars, but of course they are designed to STOP the swaying as you go around a corner, therefore sway bar is a bit of a misnomer.

As you drive round a corner, the weight moves (Newton’s Laws start to apply) due to conservation of linear momentum and the outside of the van will drop, with the inside edge of the van lifting. To stabilize this, you can attach a bar under the vehicle that restricts both of these movements, leaving the van itself much flatter. Because this is effectively adding stiffness / restriction, going overboard on this bar can make cornering less comfortable. 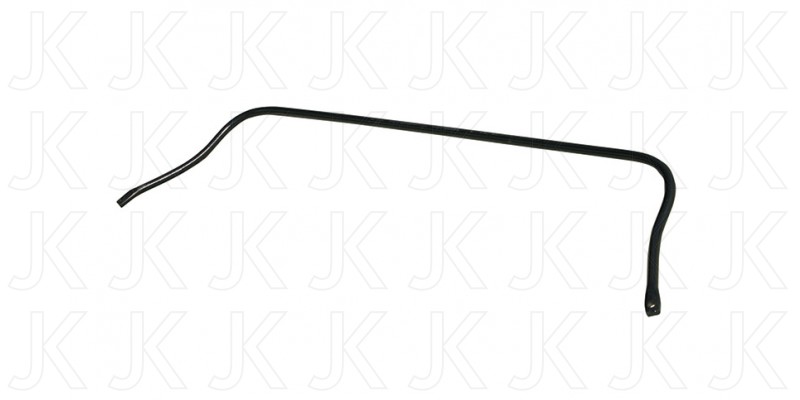 Above is an anti-roll bar with the graphic borrowed without permission from the Just Kampers web site. Before you head over there with your wallet open, remember that an anti-roll bar is not the answer to the handling question.

Step away from the credit card…. 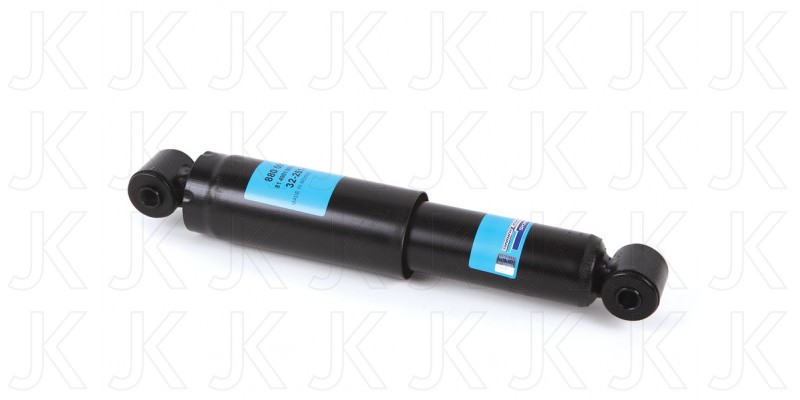 The shock absorber….erm….absorbs the shocks of the uneven road. It did not take them long to come up with the name I suspect.

It is an oil filled tube with a round disk on a rod in the tube that lets the oil move past it slowly, damping the ability of the tube to expand and contract. One end effectively bolts to the vehicle and one to the wheel (yes, I know that’s a massive simplification, bear with me). As the wheel hits a lump in the road, the oil filled tube contracts and absorbs the impact, expanding again afterwards but not with a jolt.

These are consumable parts and do not last forever. The can deteriorate over both time and usage – just because it has only done 10 miles does not mean that your vehicle does not need them replacing. Do not replace them just for the sake of it though.

Taking the shock off the vehicle is quite simple. Jack up the front using the front beam and your trolley jack, settle it down on axle stands safely and securely. Remove the wheel. Depending on suspension height and shock length, you may need to shorten the shock to remove it by just removing the bolts at each end.

You are not strong enough to test it like this, so don’t do it. Those of you who did the above, please have a cup of tea and stop called me names.

Approach the vehicle with the shock absorbers still attached. Grab the rain gutter or open the front doors and grab the B post or A post and wobble the van from side to side. Does it stop wobbling pretty much immediately? If it keeps moving for more than about 1 second after letting go, probably old shocks and they need replacing. If it just keeps on wobbling, definitely change them.

Have a test drive on an uneven surface but don’t speed. If pot holes are unpleasant with a crashing or jarring feel, that could also be shocks.

Find someone with the same ride height as you and the same model. Have a go in theirs. If theirs is noticeably smoother, it can be shocks.

As above, you remove the wheel safely, unbolt the shock, fit the same length shock from a reputable manufacturer and reassemble in the reverse manner. Only ever replace both left and right at the same time. Expect to pay about £50 per shock plus around an hour labour for the pair. If you buy a cheap pair, expect that you pay for! We bought Sachs Boge heavy duty ones for our Crossover which fixed our crashing ride. Kyb and other manufacturers are available from leading stockists.

This should now give you a good ride on bumps and generally. If you also have problems with body roll on bends that makes things a trifle hairy, now start thinking about anti-roll bars.

If you prefer a bigger delivery of parts, you can opt for a suspension handling kit which is a new shock absorber in all 4 corners plus front and rear anti-roll bars. This is a LOT more money – last seen over £400 but will transform tired suspension. Remember that this will not address problems with the beam, torsion arms and other standard parts that need reviewing first.

For the ultimate in change, you can remove the front beam, the shock absorbers, steering and replace it all with twin wishbone coilover suspension and rack and pinion steering covering a lot of bases in one brand new kit. This however makes your bank manager cry and means that you have to hide your bank statements for a while. Last seen at £2,800 fitted for a Bay window, £4,000 for a Split screen, and later vehicles work differently so cannot get this option.

If your ride height is not standard, please consult a professional as the above is a guide based primarily on standard ride height vehicles. Lowering a vehicle is something that I want to learn about and will feature in a future article if I complete that little task!