op Gear is known for caravans, track footage, the British pride associated with the Atom, and making fun of slow cars. We’ve got all of those here, as a brand-new Volkswagen California camper van meets the basic smart fortwo and an Ariel Atom 3.5R on an empty piece of tarmac.

The Atom could win this race in reverse. But this isn’t the basic one; it’s the 3.5R, the most extreme thing they’ve made since the crazy V8 and a comprehensive evolution of the super-lightweight formula.

At 350 horsepower, this car has 150 less than the superbike-derived V8 model. However, it’s faster, taking 100 miles per hour in under six seconds. The 2-liter four-banger from the Civic Type R is supercharged and has been matched to a close-ratio, rally-spec Sadev six-speed sequential box, operated by wheel-mounted paddle sifters.

The smart fortwo is one of the slowest cars sold in Britain. A 1-liter naturally aspirated engine sits under the trunk floor and sends just 70 horsepower to the back wheels. Meanwhile, the VW California is like a much heavier version of the T6 van, and it uses two turbochargers to extract 180 ponies from a 2-liter diesel block.

It also weighs around 2.5 tons, so it exceeds the weight of the smart and the Atom combined. However, the TDI engine produces 4.4 times the torque of the smart, so it’s actually faster.

When you lose a drag race to a refrigerator on wheels filled with camping equipment, you know it’s time to build a better city car… smart. There’s no conceivable benefit for having such an underpowered engine in this day and age. It’s not like the fortwo is cheap either. At £11,150, it’s more expensive than a Dacia Sandero with a dCi engine. Heck, you can get a Renault Zoe EV for £13,443 and never pay taxes. 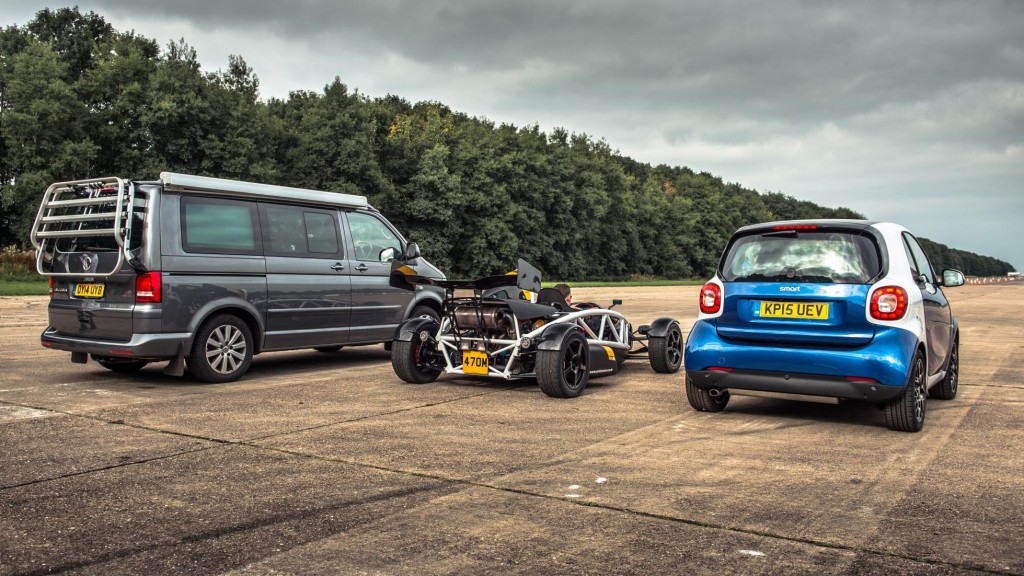